“I would look at myself and think: “This is not me, I know that inside I am really beautiful and wonderful. Why do I feel ugly, why do I feel worthless? Why do I feel like I am never good enough?”

And the list of negative emotions continued.
I was always looking for something that would really heal me on all levels. I wanted to help the earth, I wanted to be able to do what Christ did. I wanted to become who I was really meant to be.

I studied so many modalities and attend workshops year after year looking for what would heal me to the depth. I wanted to be pure light, love and joy and I knew that that is possible here on earth and that we were meant to do that.

I had read about the Sacred Flames and knew that They were the answer but I could not get the results that I needed.

I worked with many healers. One of them told me to see a Wayne Brewer. I was discouraged because I thought it was just one more place to go that would not give me the results that I was looking for but the inner guidance told me to call him.

I set the appointment and as he did the clearing, I realized why I could not get to the results that I was looking for. I realized that I needed to clear first, clear all of the negative entities that were present in my energies fields.

The Arcturians, who are under karmic law and the Law of Divine Love, are a most benevolent race of beings most interested in helping mankind. They are in charge of removing some very negative entities that Wayne has found are present in about 75% of the people and also in nature. They are also powerful healers.

Archangel Michael is in charge of other entities and things. It took us, here on the earth place, quite some time to figure that out. And thanks to Wayne’s work, we have been able to discern so much more.

Why is this so important? How can we move to the higher frequencies if we have negative entities inside of us, if our energy fields have been broken or torn and anything can get inside.

How do we know the many universes that we may have travelled through and what can be attached to us because of that?

How do we clear the many “curses” we placed on ourselves with our own negative statements?

We may be aware of negative energies following us, but do not know that it may be a curse following us from lifetime to lifetime.

“I always felt some negative energy coming at me. One day I was speaking with a shaman and told him about it. He looked and stated: “You have a curse coming at you.” I was shocked.

In a few moments, I felt really good. I mentioned that to him and he said: “I put my finger on the curse.” I asked him if he could remove it. He said: “No.” When our conversation was done, he took his finger off of the curse and I felt that awful energy coming at me again. I was most discouraged.

It was only with the Sacred Flame Holograms and a specific protocol that the curses have been able to be removed.”

My gratitude to the Sacred Flames Holograms is beyond words. I now have the tools with which to clear everything and raise my frequencies and to become who I really am and that is a Being of the Sacred Fire.”
The author

We have gone on life time after life time without the means to take a spiritual shower. This lifetime we have the Sacred Flames, we have the Violet Flame that is needed to transmute and transform any energies and frequencies that are not of pure light and purity. And we have the other Sacred Flames, each with their most powerful and beautiful attributes.

I have found that with the continual use of the Sacred Flames, their Holograms, with working with the Arcturians and others, I am finally able to clear and clean and start to move into who I really am.

Someone stated: “You are focusing too much on the negative.” I replied: “I am focusing on a clean house. If I bought a “fixer-upper” property, I would first focus on fixing and cleaning, while holding in my mind the image of the perfected property. I am not focusing on the dirt, I see the clean, beautiful home. I am removing the dirt and disarray so that the true beauty of the home can come forth and when that is done, only then do I move the furniture in and live there.”

So it is with ourselves, we also need to clear and clean and rebuild, rewire, restructure our beings into what we were first created to be and that is what working with the Sacred Flame Holograms does for us. 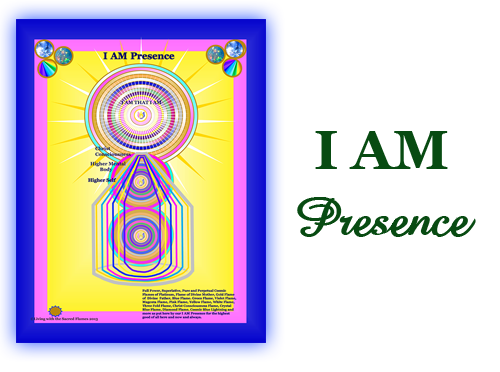 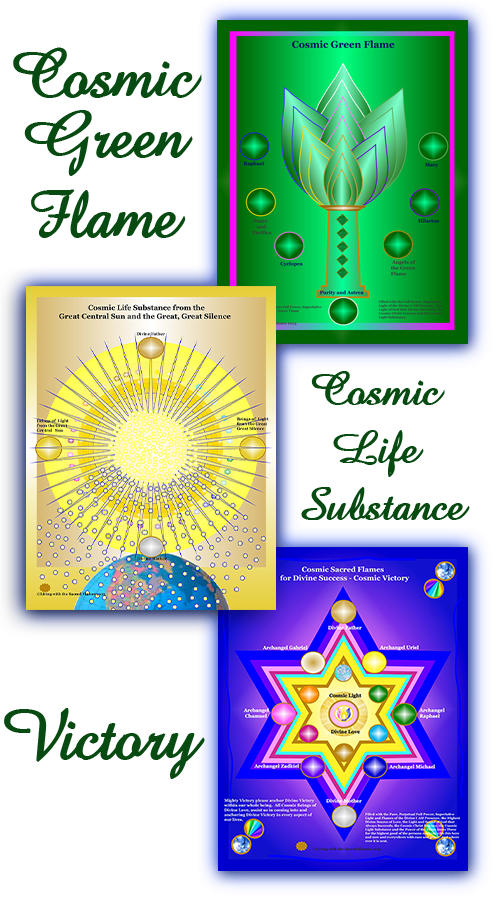